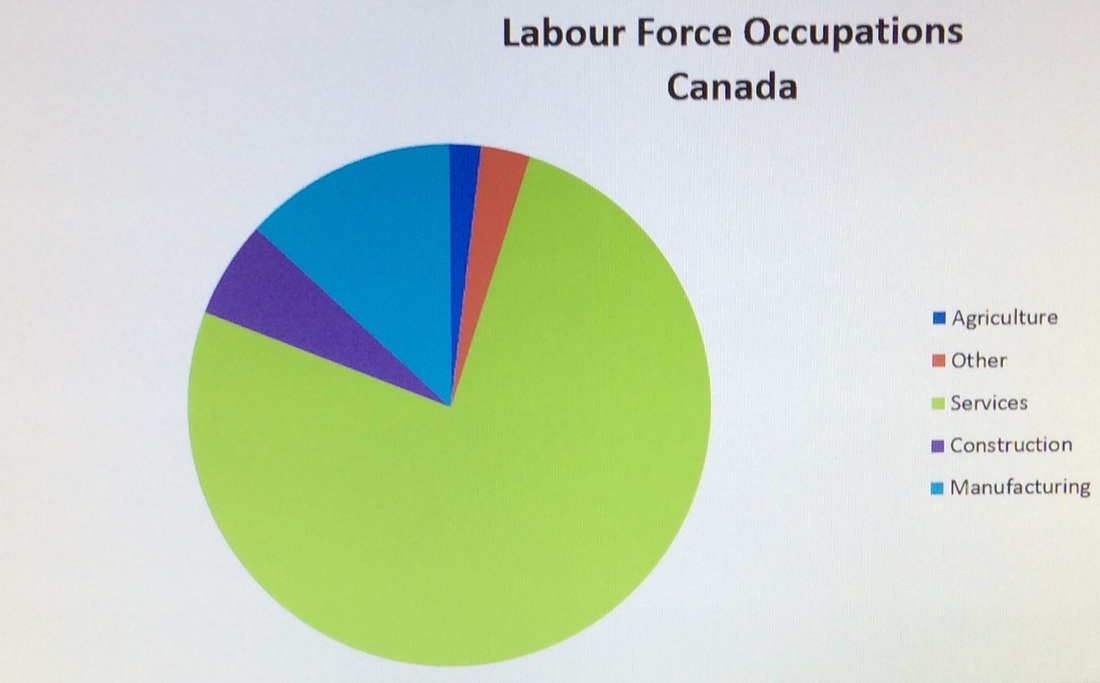 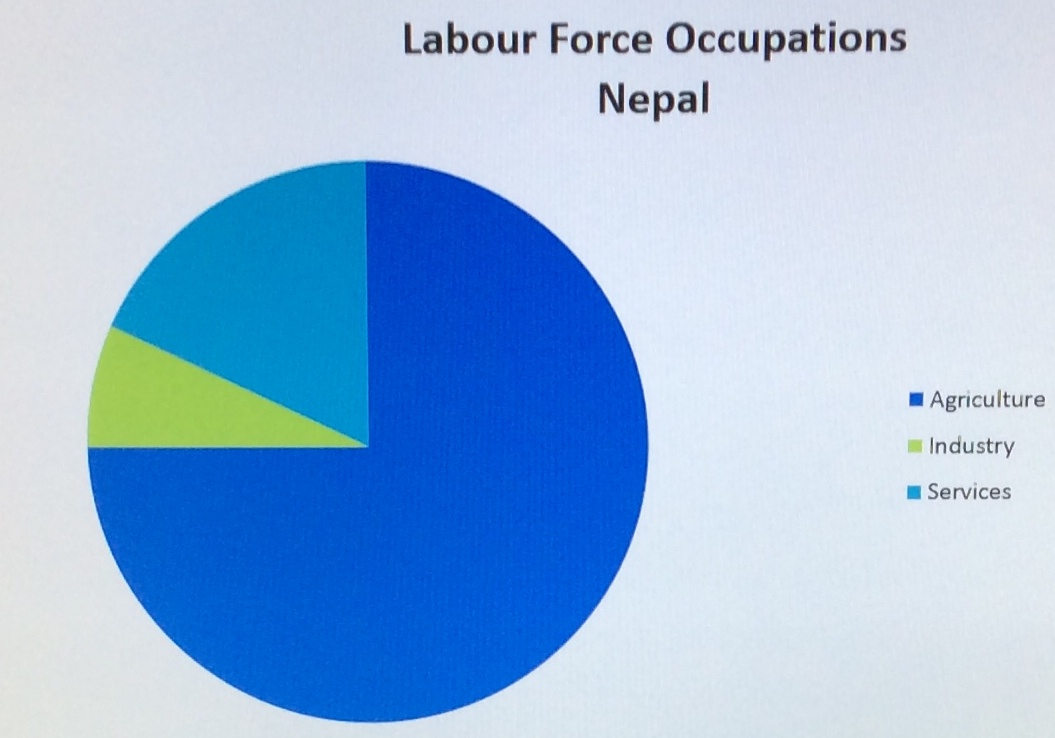 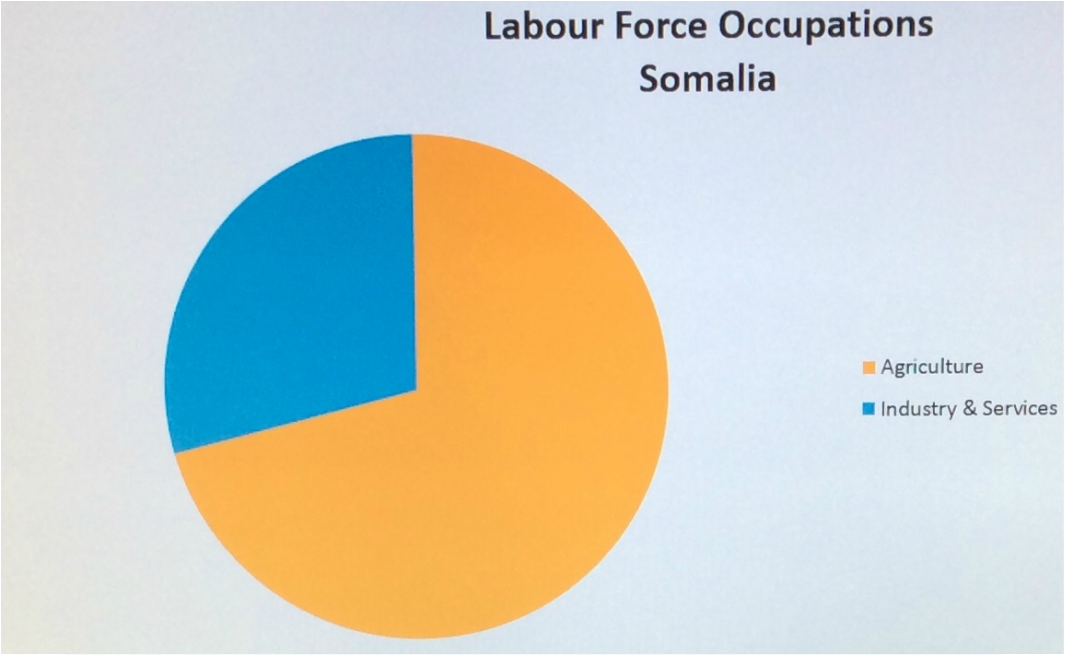 Above are figures portraying the labour force and occupations currently held by the people of Canada, Nepal and Somalia. The pie charts show us that agriculture plays a crucial role in both Nepal and Somalia, where as in Canada it is an unpopular or undesirable area to dedicate your life towards. In Canada, the majority of the population has the luxury of choosing out of not two or three, but five different focus areas. In a developed country like Canada, the population gravitates towards providing services whereas in developing countries like Nepal or Somalia, agriculture is not only a priority but also a necessity. 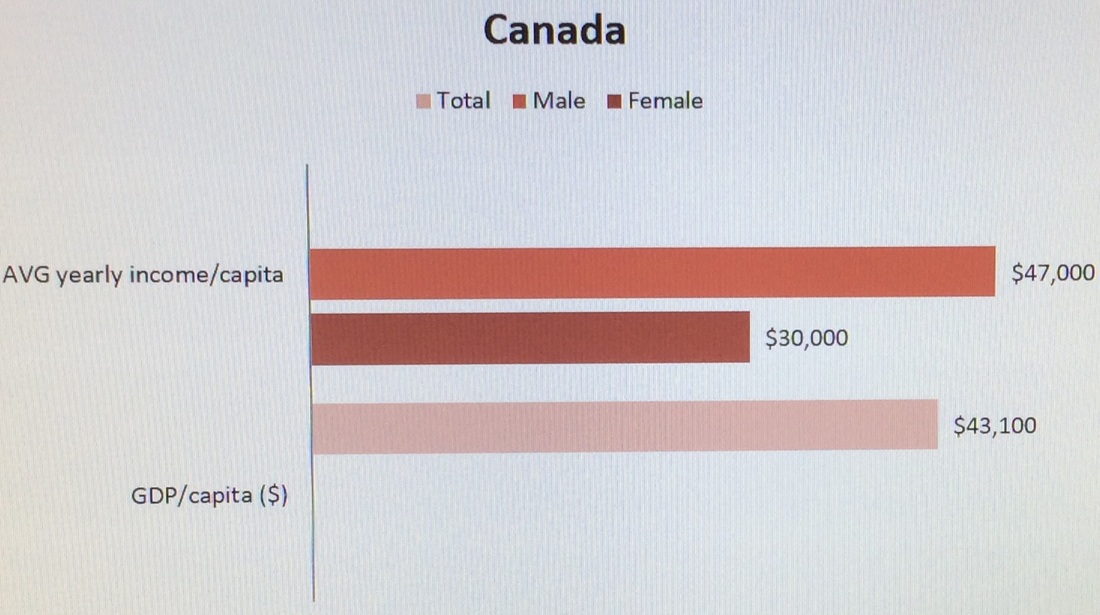 The total average income for Nepal is $607.0 and $112.0 for Somalia (in US dollars). Separate incomes for males and females were not available and we have decided there could be several plausible explanations for this. As developing countries, Nepal and Somalia are at risk of having outdated information. Not only would it be difficult to keep track of incomes of male and females, it would be difficult to survive on such low incomes in the first place. To say these figures are similar to the actual incomes obtained by both men and women would be a false statement. In both Nepal and Somalia, women are not socially equal to men. This makes it difficult for women to find work and even when they can, the average yearly income will be much lower than that of a man's. Evidence of this is on the figure above, proving that even in a developed country such as Canada men tend to have a higher income than women because of deep-rooted inequality.

Comparing the GDP per Capita, it is given that Canada's market economy is doing much better then Nepal and Somalia. Nepal has many resources that are not being farmed due to lack of equipment, hence why it's market value is low. Somalia is doing very bad with its market value. The low market value shows us that Somalia may not be handling its money and resources the way it should be. 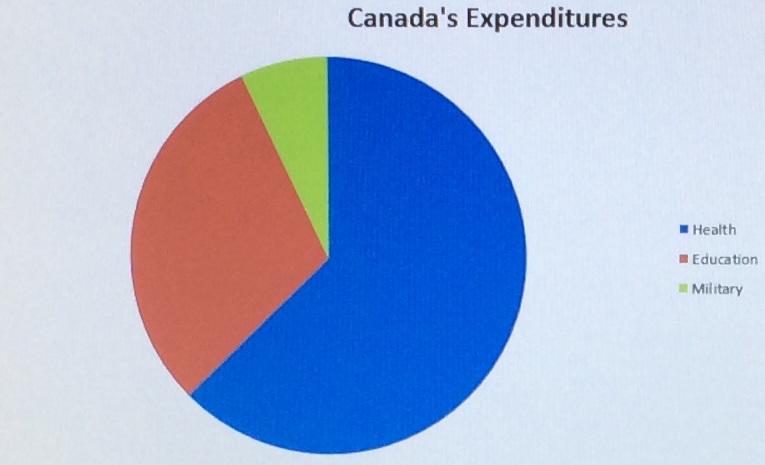 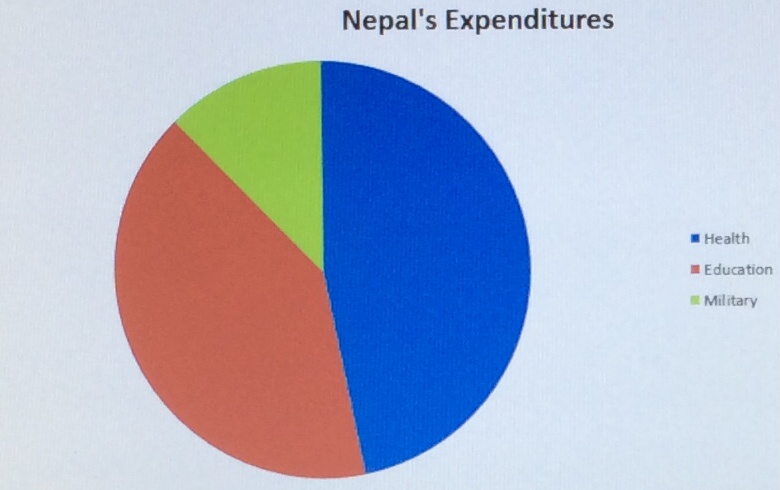 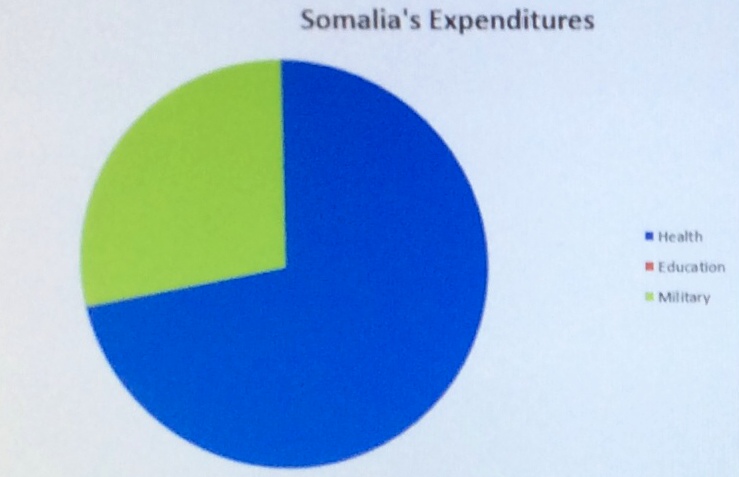 Looking at all three countries expenditures, we are able to see the differences in the expenditures the government uses to help its country. Looking at the health expenditures, Canada's health care expenditures is very high because health care is free. In Nepal, approximately 70% of health expenditures came from direct household (out-of-pocket) contributions. Government allocation for health care was around 5.8% of the budget for 2009. In 2012, the Nepalese government decided to launch a pilot program on universal health insurance in five districts of the country. Somalia's health expenditures came from direct household (out-of-pocket) spending, private insurance, charitable donations, and direct service payments by private corporations. Canada's education expenditures is moderate, for Canada only gives free education from kindergarten to grade 12. Nepal's education system has become more modern, resulting in 7.2 million students being enrolled in schools and colleges who are served by more than 222,000 teachers. Despite a reasonable education, there are problems and challenges. Education management, quality, relevance, and access are some of the critical issues of education in Nepal. Societal disparities based on gender, ethnicity, location, economic class, etc. are yet to be eliminated. These problems have made the goal of education for all a challenge for Nepal. Somalia's education expenditures is not available. Following the outbreak of the civil war in 1991, the task of running schools in Somalia was initially taken up by community education committees established in 94% of the local schools. Numerous problems had arisen with regard to access to education in rural areas and along gender lines, quality of educational provisions, responsiveness of school curriculum, educational standards and controls, management and planning capacity, and financing.Canada's military spending is somewhat low/moderate. Being peace makers, Canada does not invest much into weaponry like other countries, but enough money is spent for military training and other necessities. Nepal's military is also low/moderate, with the Nepalese Armed Forces being a volunteer force. In Somalia, the Somali Armed Forces (SAF) are the military forces of Somalia. Headed by the President as Commander in Chief, they are constitutionally mandated to ensure the nation's sovereignty, independence and territorial integrity.
Powered by